Our new kid-friendly covers bring smiles to Superstand and KidWalk®. The covers are waterproof, easy to wash, and are available in a variety of patterns to fit most sizes of our equipment. 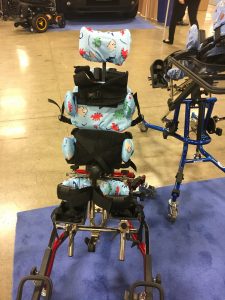 Now you can have a tiny unit just for your children with 8.5–18 inch inseam length (starting at age 9 months adjusted age). This unit fits easily in your car as you move it from home to child care or back to your facility. The IDEA mandates that the provider of early intervention provide equipment when it is needed to achieve the family’s goal. 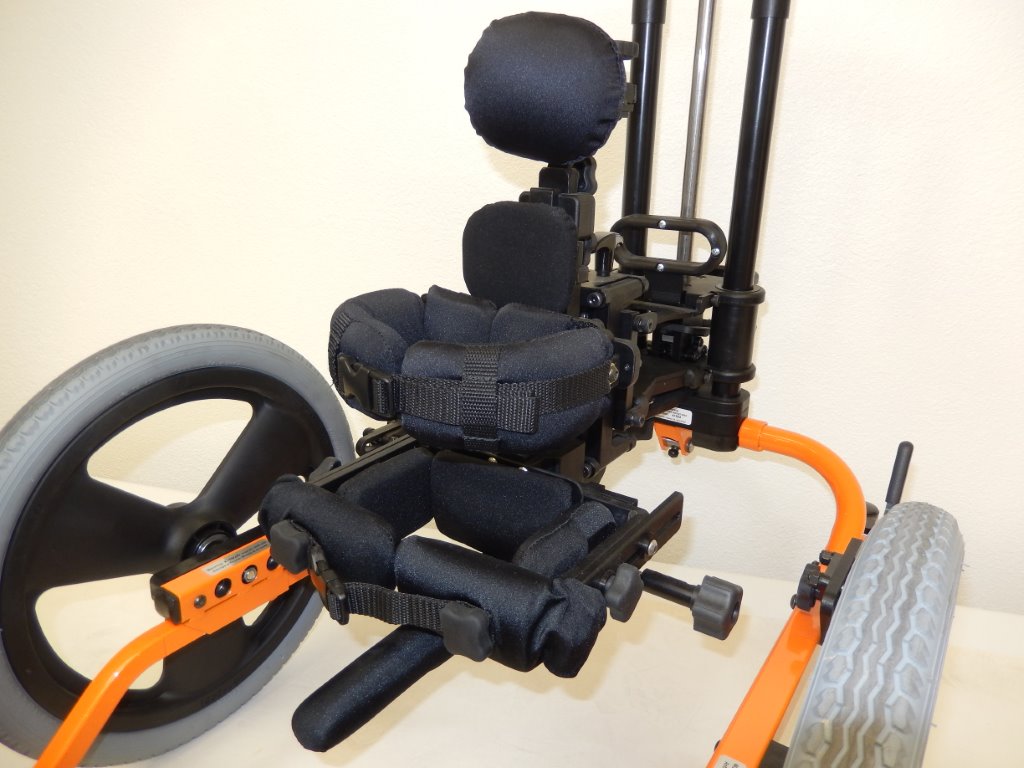 Let’s get it straight! This system can accommodate and, in some cases, help you improve knee and hip flexion contractures (up to 90 degrees.)

Children with spasticity are at highest risk to develop contractures. Children who do not ambulate or use an assistive device are also at higher risk. Most sit to stand standers cannot isolate hips from knees or even left from right side. This means that is one joint is limited, you cannot straighten the other, thus putting that limb at further risk to develop a contracture. This system allows you to position each joint independently.

Standers can be used to improve knee ROM (Gibson, 2009). Five children with CP who were non-ambulatory, stood in a standing frame for 1 hour, 5 days per week, for 6 weeks, followed by 6 weeks of not using a standing frame; each phase was repeated. Popliteal angle measurements were made at baseline and weekly throughout the study period. Carers provided written feedback regarding ease of ADLs at the end of each standing and nonstanding phase. Hamstrings significantly lengthened during standing phases. A trend for hamstrings to shorten during nonstanding phases was observe. Feedback from carers suggested that transfers and ADLs became slightly easier after phases of standing frame use. The authors concluded that “6 weeks of standing frame use leads to significant improvements in hamstring length in nonambulant children with CP, and may increase ease of performance of ADLs was found”.